“Against sharply rising joblessness, increases to income tax and further burdens on employment may be ill-advised. Indeed, the opposite strategy could be needed—increasing taxes on capital, wealth, and unsustainable resource use, and away from labor.”

Deputy Mayor van Doornick: “Repair take time. Economists will say that it is a form of labour that involves many man-hours. By shifting taxation from labour to raw materials and energy, repair becomes cheaper, while the purchase of a new product becomes more expensive. The cost of environmental damage caused by the extraction of raw materials elsewhere becomes part of the purchase price of a new product.”

May 1, 2020: Interview with Femke Groothuis in the book ‘Footprintarier‘ by Kees Aarts (Protix)

“Since the circular economy is a key enabler for a sustainable transformation of European industry, a clear link should be made between the new Industrial strategy and the Action Plan. There should be explicit recognition and support for the role of social enterprises in the circular economy to allow the job-rich activities of re-use, repair and remanufacturing to bring increased social value through giving skills and empowering the most vulnerable. Because it is a renewable resource, labour and skill-intensive work is a renewable resource and should not be taxed.”

March 11, 2020: Presentation at The Future of Jobs in the Circular Economy, Circle Economy event, Amsterdam

January, 20, 2020: KPMG Global Head of Tax Jane McCormick mentions Ex’tax in ‘Postcards from Davos Day 2‘:
“Today is a busy day in Davos with Donald Trump in town and meetings in full swing. But the day started with Greta Thunberg walking into town to remind everyone that we need to talk about climate change and the environment. And everyone is talking about it. Both the social impact and, encouragingly about new technology solutions to help. And there is also some talk about how tax can play a part in this. For example members of the Ex’Tax project team are here (though I haven’t managed to catch up with them yet), who have done a lot of work on this issue. For my part, I think this is an under-explored area and, as usual, I believe a more cross-disciplined approach is needed to design tax systems that are as effective and as sustainable as they can be.” 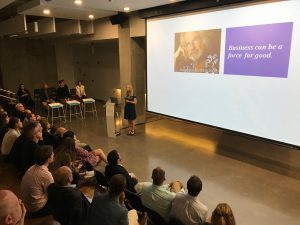 December 5, ACCA Accounting for the Future 2019

December 4, 2018: Launch of ACCA Professional insight report written by Femke Groothuis: Tax as a force for good: rebalancing our tax systems to support a global economy fit for the future 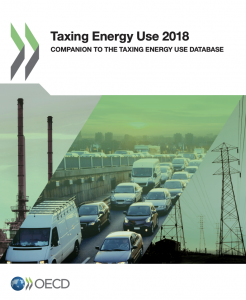 May 14, 2018: Interview Duurzaambedrijfsleven Magazine (accompanying the May edition of Financiele Dagblad to 44,000 readers)

Ex’tax mentioned in The Portugese Council of Ministers Resolution Action plan for circular economy in Portugal: 2017-2020.

October 10, 2017: PGGM (the second largest pension fund in the Netherlands, €161.7 bln in assets under management), Zeist

Contribution to the book If I Ruled the World

May 3, 2017: Blog Circulate: Three Steps to Jumpstart the Circular Economy

October 10, 2016: Listed in Opzij Top 100 of Most Influential Women in the Netherlands (Runner-up Charities category)

May 10, 11, 2016: Contribution for Trade Mission booklet The road to a Circular Economy

November 19, 2015: Blog Circulate: The Social Power of the Circular Economy

October 8, Blog Huffington Post: How Taxes Can Save the World

De Correspondent article based on interview

October 3, Scherpenzeel, Closing the Loop 2013: Made in Europe, hosted by P+