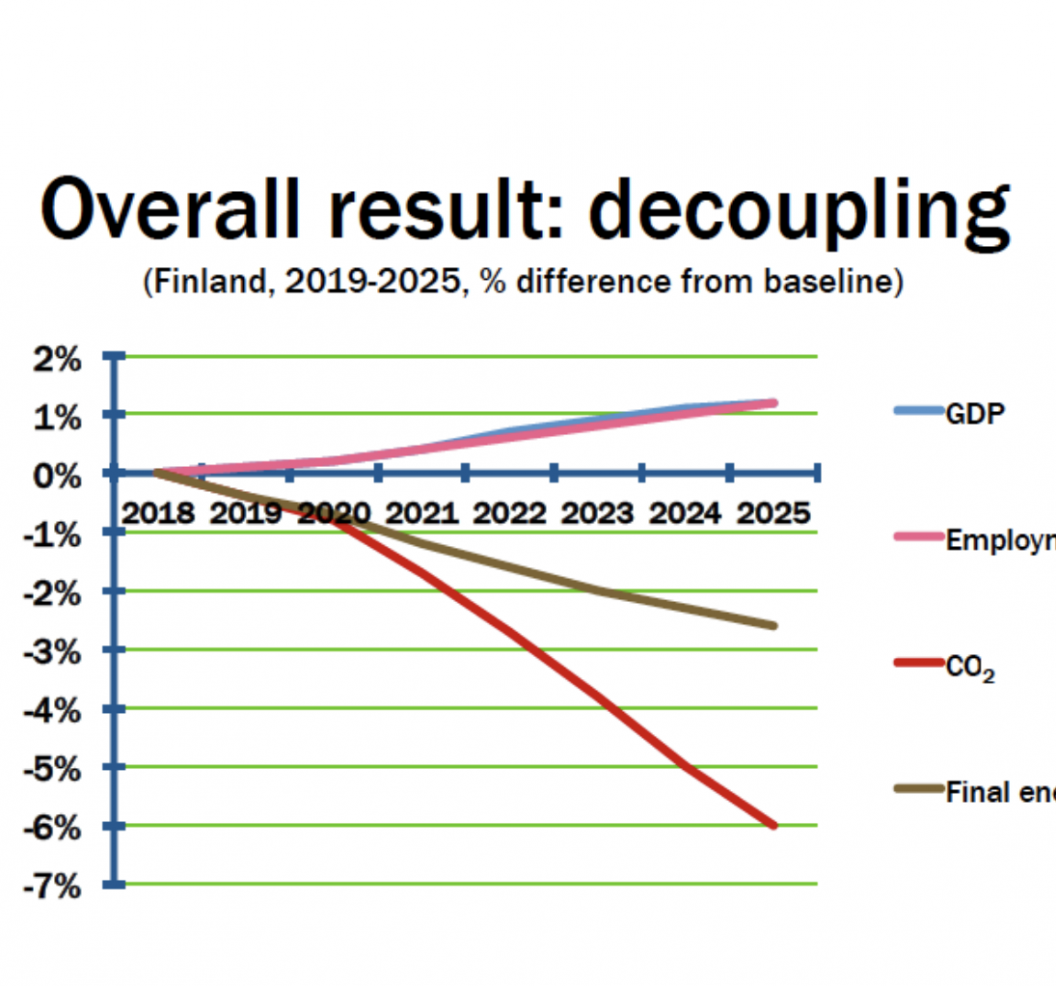 Report: Aligning fiscal policy with the circular roadmap in Finland

By 2025, shifting taxes from labour to pollution and resource use could increase GDP and employment levels in Finland by 1.2%, and cut carbon emissions by 6%, according to new research.

Finland could boost its economy and create jobs if the Finnish government shifted taxation from labour to pollution and the use of natural resources. This is what a new study by The Ex’tax Project and research partners Green Budget Europe (GBE) and IEEP (Institute for European Environmental Policy) reveals.

According to the report Aligning Fiscal Policy with the Circular Roadmap in Finland [pdf], it is possible to design policy measures that reduce final energy consumption and harmful emissions, while at the same time stimulating the Finnish economy and creating jobs. The report provides a tax shift scenario and other instruments to promote the carbon-neutral circular economy objectives of the Finnish Roadmap to a Circular Economy.

Effective decoupling of GDP and employment and resource use

The macro-economic results, modelled by Cambridge Econometrics, show that by 2025, the tax shift scenario in Finland:

Over the course of seven years (2019-2025), compared to baseline, the tax shift scenario under review cumulatively reduces carbon emissions by 8.4 million tonnes, and saves € 924 million on Finland’s energy import bill. Over the same period, 115,600 person years of employment are added as well as €12.9 billion in GDP.

The following measures were included in the scenario:

In the scenario, the measures were phased in over the 2019-2025 period, with revenues amounting to €3.5 billion in 2025. Every year, the revenues were used towards lower labour taxes (personal income tax, social contributions paid by employers and employees) and additional income support for the lowest two income quintiles and towards investments in research and development and renewable energy.

Preview at the European Parliament

MEP Sirpa Pietikäinen: “This is the avenue that we need.”

Corina Hebestreit (Euromines): “All countries should do this.”

Outi Haanperä (Sitra): “Drastic changes are needed to achieve the goals of the circular economy, economic instruments can be a powerful tool.”

The report is available in pdf here.