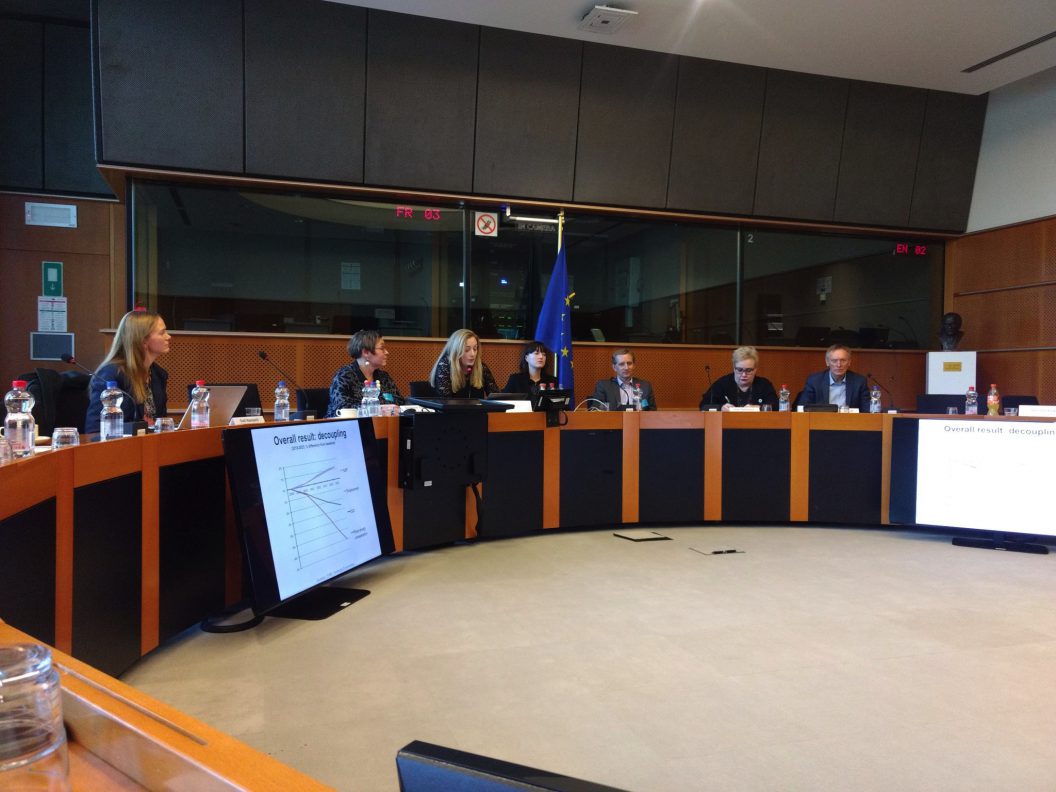 November 27, the Ex’tax Project and research partners Green Budget Europe (GBE) and IEEP(Institute for European Environmental Policy) presented a preview of the report ‘Aligning Fiscal Policy with the Circular Roadmap in Finland’. This macro-economic impact study, commissioned by Finnish innovation fund Sitra explores the potential of a tax shift from labour to natural resource use in Finland.

The upcoming report provides a series of fiscal and other instruments to promote the carbon-neutral circular economy objectives of the Finnish Roadmap to a Circular Economy. The project also reviewed the Finnish tax system to define measures to improve resource and energy efficiency, while reducing labour taxes to ensure fiscal neutrality and boost employment. Cambridge Econometrics has modelled the tax shift scenario in the E3ME model.