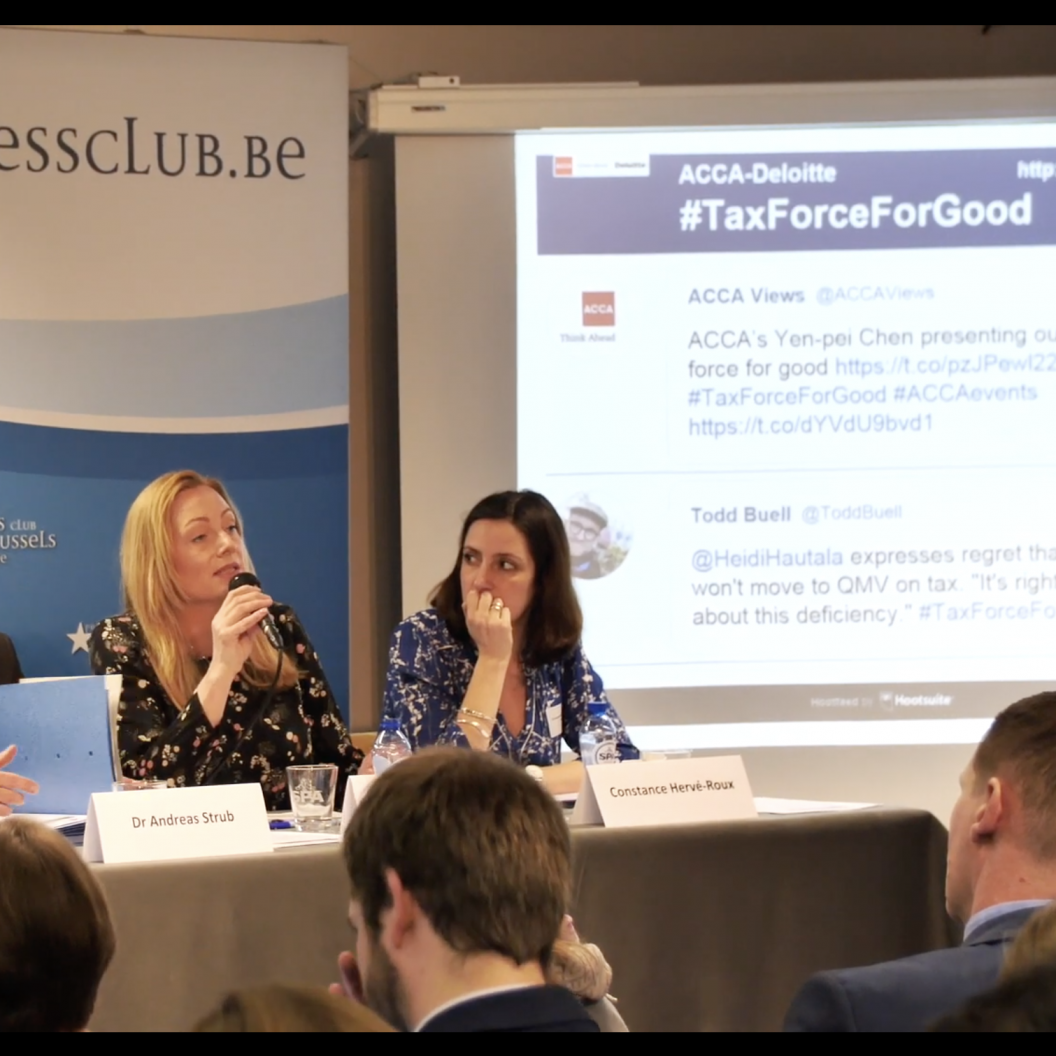 On the February 27, the ACCA (the global body of professional accountants) and Deloitte organised an event in Brussels to debate the discussion paper ‘Tax as a force for good’. The paper, written by Femke Groothuis of The Ex’tax Project was released in December, during the COP24 climate conference in Katowice, Poland.

The paper explores how shifting tax from labour to natural resource use, pollution and consumption could help meet the goals of the Paris Climate Agreement, the UN Sustainable Development Goals (SDGs) and an inclusive, circular economy.

The debate confirmed that EU tax systems are out of sync with the main challenges of our time, such as globalisation, digitisation, climate disruption, pollution, water scarcity, waste, unemployment and underemployment. Climate change and the transition towards a cleaner energy are a priority in the political agenda. The question is how to better balance different tax bases and align policy with the goals of inclusive circular growth. Taxation has an important role to internalise externalities. Specific tax measures, such as a carbon tax, landfill levies or taxes on single-use plastic, may help but they are no longer enough. In order to craft a tax system that is fit for the 21st century, it is necessary to think more widely about what governments should be taxing, and how the tax revenues should be used.

Several speakers, however, stressed that it is crucial to consider policy intent and its revenue implications together: carbon taxes raise revenue and thus create opportunities, while subsidies and tax expenditures spend revenue and thus harden existing challenges. It is also necessary to consider the impact on environment of environmental taxes, who would pay them, as well as the link with growth and jobs, and whether these taxes would generate sufficient revenues for redistribution. The difficulties to find a uniform answer within the EU to the question was also stressed, but the EU is a useful laboratory to verify what can be agreed between sovereign Member States with a variety of interests.

Watch a video with the event’s highlights on the ACCA website.